No idea if anyone is still around in here but I've been sucked back into this fandom, seriously, to the point where I actually wrote something again, just flexing those old writing muscles and making sure they're still working.

Fic is here (Link to ffnet since I can barely remember how to use this site.)

I know its been a while, I've had this co-op story series I've been slowly working on (I mean like snails pace) for a while, probably about 2 years if not more, started it with a friend who became ill so it sort of died a little, but I want to start getting it posted somewhere (AO3 probably) and carry on working on it, so I'd like to hope there's someone around that still uses these comms and at least people still interested in fanfic....

So if you are willing to beta a nice long story, maybe give some insight, plot ideas etc (not required), please reply :)

Series Title: Destiny's Truth (Though I might change this, it's a working title, like the series!)
Category: Alternate Timeline, Action, Drama, Romance... bit of everything except rape, BDSM and anything stupid, though I can't promise anything!
Primary Relationship: Elizabeth/John Obviously!
Secondary Relationships: None at the moment, but this series leaves a LOT of room for other relationships to appear.
Rating: NC-17, Explicit, whichever you prefer to call it. So far just one of the 3 stories has sex in it, but there may be more :) who could say, I'm crazy enough to do it!
Main characters: John, Elizabeth (it follows these two primarily, but probably will branch off).
Type of beta: Grammar, Spelling (baring in mind the writers are British and Dutch!).
Length: Series, so far 3 stories completed, first is 12 parts (around 7 pages in google docs) second is 3 parts, third is 6. If you'd like a current work count, I can oblige.
Short Summary: What would have happened if there was no fail safe sending the city to the surface?

Summary: She tended to hold up her end of the bargain—taking a silent leap of faith, however, was his specialty.

AN: This part of the 'Version of Events' series and contains mild references for 'Carte Blanche' and another prequel I haven't published yet. You don't have to have read those to follow along, though. I first wrote this story October 2015, so almost a year ago, and it's gone through a couple more edits since

lone_pyramid betaed it—hopefully only to the better, but any remaining mistakes are solely my own. Thanks for the excellent comments and the encouragement, Shane, and sorry for being so tardy!

It had been a long day in space.

Title: The Dangers of Diplomacy
Pairing: John/Elizabeth
Rating: G
Summary: Emily goes off-world with her dad and receives an unexpected offer.
A.N: Part of my 'Family, Friends and the Occasional Stargate' series. Connor and Emily are my version of the Sparky kids.
A.N.2: This idea made me laugh, so I had to write it.

“Colonel Sheppard, welcome!” The king of Berrow raised his arms in greeting.

Title: Learning Curve
Pairing: John/Elizabeth
Rating: G
Summary: Connor is learning Ancient and decides to play a joke on his little sister
A.N: Part of my 'Family, Friends and the Occasional Stargate' series. Connor and Emily are my version of the Sparky kids.


Fic here:  Connor flicked through the digital pages, sounding out words as he went, rolling the vowels and consonants around in his mouth as if searching for a particular taste.

Summary: In a world turned upside down, she anchored him to what was true and real.

Warnings: A whole lot of medical talk, and mention of dealing with the death of a loved one.

lone_pyramid for the beta! (And sorry for posting it so late; writing Shep/Weir has eaten my life.)

Incidentally, I also have a question, for research: Does anyone know when exactly the trinket with the clay people sitting in a circle appears on Elizabeth's desk?

“There’s a lot of things you need to get across this universe. Warp drive… wormhole refractors… You know the thing you need most of all? You need a hand to hold.” Doctor Who, Season 2, Episode 11 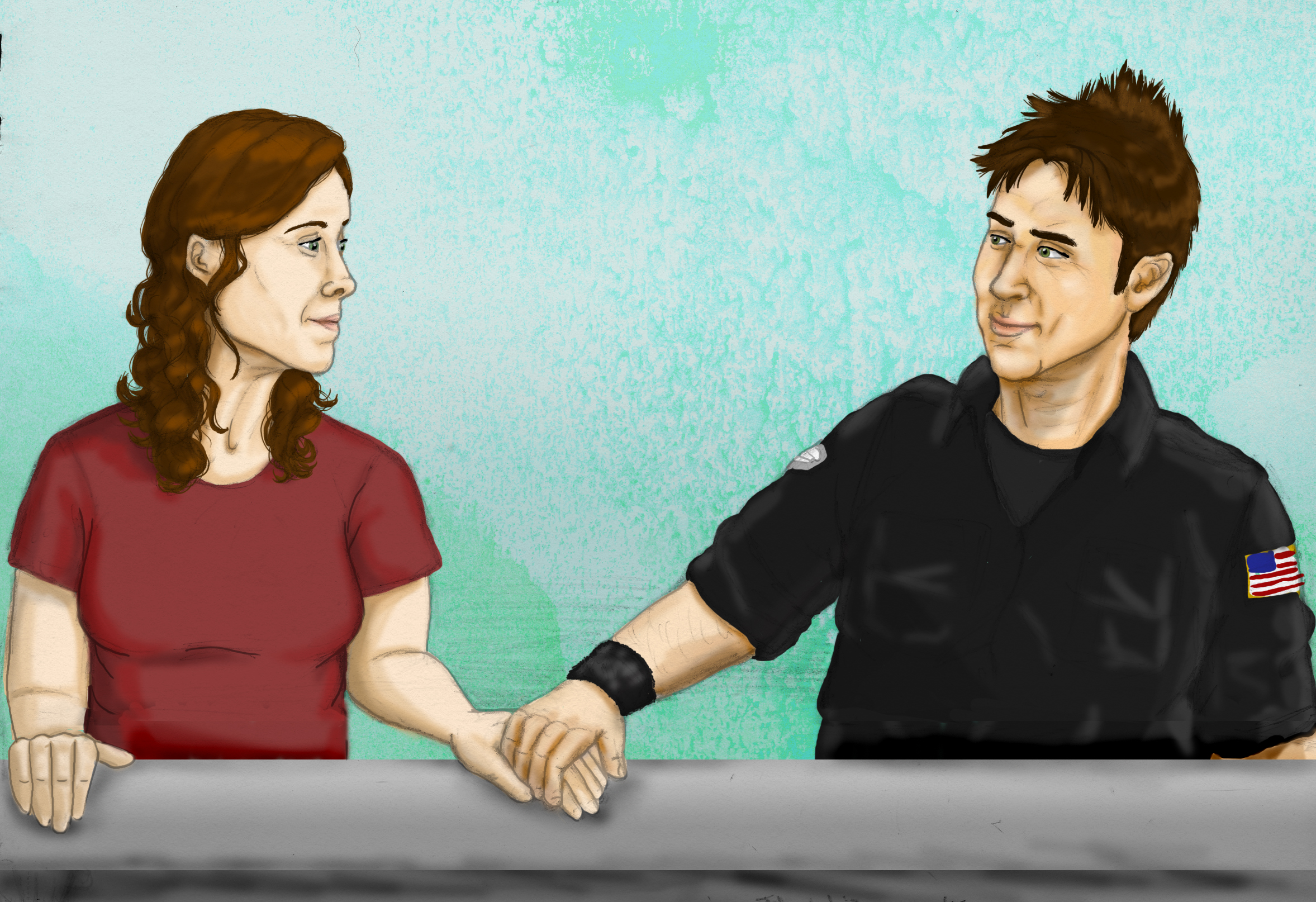